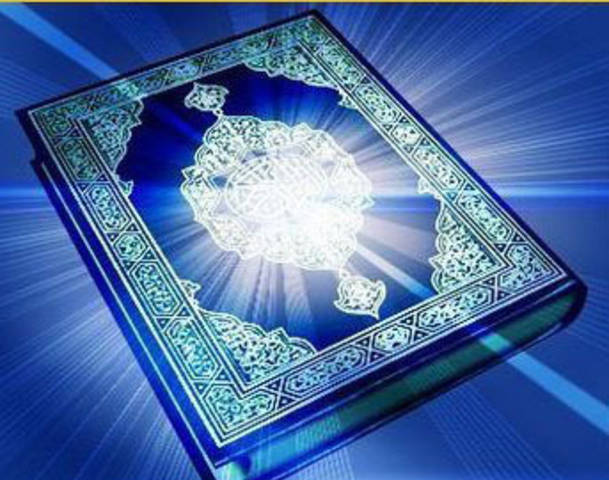 Since the advent of Islam and the revelation of the Qur'an in the early years of the seventh century AD, the Muslim Holy Book has been the subject of many extensive analytical studies. The focus of the great majority of these studies has been the theological and legislative aspects of the Holy Book, for the Qur'an provides Muslims with detailed guidance on their everyday problems. Together with the sayings, actions, and recommendations of Prophet Muhammad (saws), the Qur'an has been the ultimate source of legal authority for Muslims over the past fourteen centuries.

Muslim scholars have also painstakingly examined, analyzed and interpreted the various verses of the Holy Book, detailing the requirements the Qur'an imposes on Muslims in order for them to achieve spiritual purity. Thus, in addition to its legislative and theological value, the Qur'an has also served as a source of spiritual guidance for the followers of Islam.

Holy Quran is a complete code of life

However, we can not claim that the Central Theme of the Holy Quran is only legislation and spirituality; as human life is more complex and multi-dimensional. Since Islam is a complete way of human life and Quran being its source of guidance, to ascribe the Quran to be just the book of legislation and spirituality only will be misleading, because the Qur'an has dealt with a vast range of subjects.

Contrary to the opinion of some people who consider the Holy Quran to be of spiritual benefit only, or to be confined to worship, prayers and morals, we should point out that ony one-twelfth (500 verses) relates to problems of Jurisprudence; while the larger part of it deals with matters pertaining to various issues including social, political, administrative, historical, cultural, faith and other related matters.

The other subject dealt with in the Qur'an is the issue of human society: Is the society considered to be primary and the individual as secondary, or whether it subordinates the society to the individual? Are societies, according to the Qur'an, subject to laws governing their life and death, their rise and decline, or are these conditions applicable to individuals alone?

The Qur'an deals with numerous other issues. One of them is the point of view of the Qur'an about itself. The other issue is related to the Prophet (saww) and its manner of introducing and addressing him. Another issue is its definition of a believer (mu'min) and his characteristics and so on.

Furthermore, each of these general issues possesses various branches and divisions. For example, when discussing mankind and its situation, it is natural to speak about morality. Or, when speaking about society, the problem of human relationships also unavoidably enters the discussion. The same is true of such notions as "enjoining good and forbidding evil," and the problem of social classes.

Now the question is: What is then the Quran’s general theme? If pondered upon the multifaceted contents inside the Quran, one can safely reach to the conclusion that the central theme and aim pursued by the Quran is the ‘training of the human being’ as a being conscious of his duties. The main aim of the Quran is therefore to reinforce and accelerate the spiritual ascension, together with all the qualities of human being, toward a state of true loftiness and the dignity of which the human being is worthy.

In another words, we can say that the main purpose of Quran is to expound truths that are relevant to the ‘life of the human being’ and the exaltation of his being and conducive to his attaining a life of true happiness.

Imam Amirul Mu’miniin Ali bin Abitalib (as) narrated the following dua, from which we can derive very clearly that the Holy Quran is the ‘chart of life for man’. He prayed: “O Allah! expand my breast with Quran, actuate my body with Quran, enlighten my sight with Quran, liberate my tongue by Quran, and help me to mould my life according to Quran, so long as You make me live”.